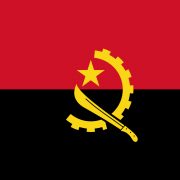 According to industry reports, the Angolan National Reinsurance Company (AngoRe) is set to commence operations in 2019, and it’s expected that the reinsurer will retain a large share of the risks currently assumed by the international reinsurance market.

Aguinaldo Jaime, Chairperson of the Board of the Angolan Agency for Regulation and Supervision of Insurance (ARSEG), said recently that contrary to the expectation that AngoRe would be operational this year, the reinsurer will only commence operations in 2019, with business plans and shareholder composition still underway.

This is according to a report on the Agencia Angola Press website, which, also notes that Jaime said the reinsurer is expected to retain a large part of the risks currently assigned to the global reinsurance market, and ultimately play an important role in both the local and international reinsurance sector.

Furthermore, the article states that AngoRe is eager to develop international partnerships with entities interested in working with the firm, both as shareholders and technical advisors, that would essentially assist with and ensure that the staff of AngoRe can carry out their duties.

In order to develop talent locally and rely less on the skillsets of other markets and to tackle the issue of expensive foreign schooling, Jaime also revealed the launch of an insurance academy in 2019, designed to train Angolan staff.

Jaime reportedly made the comments during a meeting with Baroness Lindsay Northover, the British Prime Minister’s trade special envoy for Angola and Zambia. He also explained that the Angolan marketplace already has relationships regarding reinsurance business in the UK, in areas such as petrochemical, aviation, and marine insurance.